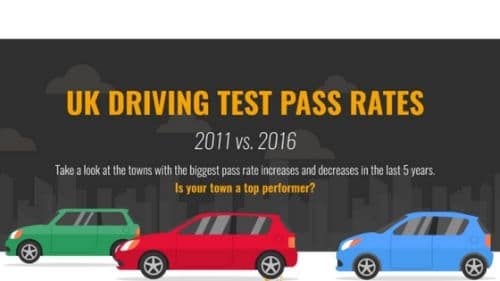 Taking your driving test is a nerve wracking experience, no matter how much of a confident driver you are. But what if your postcode has an impact on your chances of passing your practical driving test? UK driving test pass rates are a hot topic of discussion, and there are plenty of stats out there telling different stories, for example you may be more likely to pass if you live in a rural area.

But what about how driving schools across the country are improving driving test pass rates? A lot can change in five years, so we have taken data from driving test centres across the UK and compared those figures to pass rates in 2011 – the results were quite revealing… 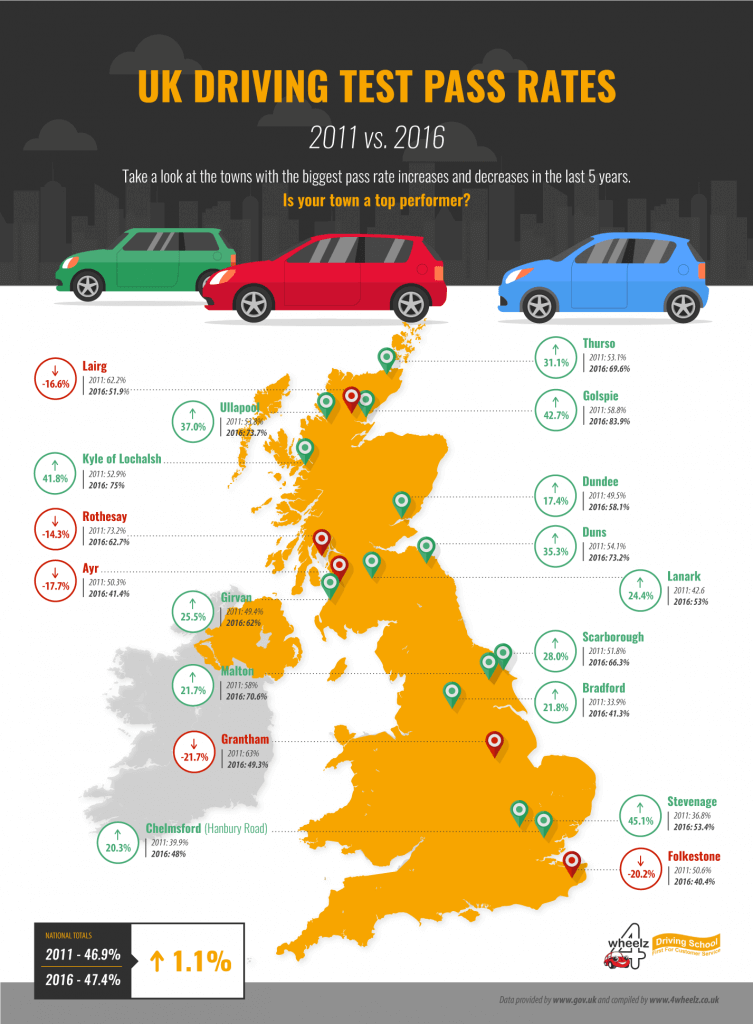 Scotland and the East of the UK had the most impressive pass rate improvements, with a total of eight Scottish towns appearing on our map.

But it isn’t all smooth sailing for Scotland, out of the five biggest decreases in driving test pass rates we found Scottish towns feature in three places. Although the biggest decrease goes to the Lincolnshire town of Grantham, which went from an impressive 63% pass rate in 2011 to 49.3% in 2016 – a decrease of 21.7% (however, this is still above the national pass rate of 47.4%)

Many of the towns on our map have exceeded the national pass rate, we’ve listed them below for you, how well is your town doing?

Improve your chances of passing with an intensive driving course to get you started.

Passing your driving test opens up a world of new job opportunities for you. Today many jobs require you to hold a UK driving licence, and for some it is essential, find out more about our driving instructor training here.

I have been ordering my ED medicines online from India for three years now. Due to the coronavirus pandemic, parcels from India began to arrive with a delay, but it is still much more profitable to buy cheap Levitra online UK.
If your town doesn’t feature on our map, don’t worry. Here is a complete list of pass rates for 2016 and 2011 for all UK towns. Let us know where your town appears in the comments box below! Have a friend who’s learning to drive? Don’t forget to share this with them.